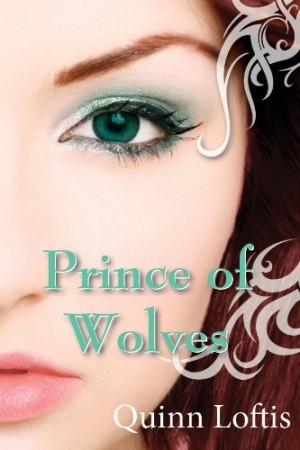 Jacque Pierce was just an ordinary 17-year-old girl getting ready to start her senior year in high school in Coldspring, Texas. When a mysterious foreign exchange student from Romania moves in across the street, Jacque and her two best friends, Sally and Jen, don't realize the last two weeks of their summer are going to get a lot more interesting.

From the moment Jacque sets eyes on Fane she feels an instant connection, a pull like a moth to a flame. Little does she know that the flame she is drawn to is actually a Canis lupis, werewolf, and she just happens to be his mate; the other half of his soul.

The problem is Fane is not the only wolf in Coldspring, Texas.

Just as Fane and Jacque are getting to know each other, another wolf steps out to try and claim Jacque as his mate. Fane will now have to fight for the right to complete the mating bond, something that is his right by birth but is being denied him by a crazed Alpha. Will the love Fane has for Jacque be enough to give him the strength to defeat his enemy, will Jacque accept that she is Fane's mate and complete the bond between them?

I enjoyed this book. But the same time, I didn't really get it until about halfway it. Maybe not "get it", as in the story, but "get it" as in that instant connection between these two mates. It was just too fast, too underdeveloped. However, after getting to the end of the book, I realized this may have been because Loftis had a lot of ground to cover and just hit the ground running.

That fact, and being exposed to a new world, caught me off guard. It made everything a lot harder to swallow. But now that I've made it to the end, I could care less. I really did believe in the connection between Fane and Jacque. It was simply beautiful. Yes things did happen fast - very fast - but after the whole experience with Lucas Steele, and seeing how he behaved with Jackie, it just solidified the true meaning behind true mates in this story.

Now for the characters. I really liked Jacque. I sometimes have a hard time liking with female leads in YA books. Especially, since a great many are portrayed as a little bit silly, whine a lot, and make ridiculous, completely asinine decisions to just to keep the plot moving forward. That really, really irks me. But Jackie was spunky and had a firm backbone, which was awesome. Especially since she's eventually going to be an Alpha female.

Fane was a pretty hot, I have to say. I really liked his personality, and I myself, got giddy at the things he was saying in Romanian. Sometimes words, any word, just sounds hotter when said a different language.

I really liked all of the supporting characters: the helpful Henry's; Sally and Jen, Fane's parents, everyone. Sally and Jen especially brought a really great lightness to the entire story. Their relationship with Jacque was pretty refreshing, and hilarious, at most times. This story easily could've been very dark, but having these three wonderful, quirky characters - with all of their witty banter and all of Jen's sexual inappropriateness – in the story just made it more complete.

Can you love someone too much?

In Walking Disaster, the life of Travis is full of fast women, underground gambling, and violence. But just when he thinks he is invincible, Abby Abernathy brings him to his knees.

Every story has two sides. In Beautiful Disaster, Abby had her say. Now it’s time to see the story through Travis’s eyes.

When I read Beautiful Disaster - in the beginning - I did not like the story. But by the time it ended, I loved it. Strange, right? I thought so. Until I realized what the problem was; it was Abby. I didn't get her. Her motivations, her feelings and I especially didn't see what she saw in Travis. Frankly, I was close to ditching the book... and then it happened. Travis got to me. Something about him, violence and all, intrigued me. Behind the rage, I saw the sweetness. Or, maybe that's going to far. Rather, I saw the potential for sweetness. So, I decided to give Walking Disaster a chance and...

Wow!!! This insane love story was absolutely amazing when told from Travis's perspective. I have to admit that I loved the story more, almost immediately, from his perspective. It felt like an entirely new; it truly was a different experience. Which, I assume, was McGuire's ultimate goal with writing this book.

With Walking Disaster, I didn't just see Travis in a new way. He made sense. All of his anger, rages and violence seems more understandable. I am not saying it was right for him to be just as aggressive in the real world as he is in the ring, but I understood what fueled his rage and how he using rage to cope with the different situations in his life. It was better for me to experience what he was experiencing when the anger took hold, instead of just hearing about Travis going off the handle from Abby. Also, I think seeing Travis interact other people besides Abby - his brothers, his father, Shepley and even America - made me understand and like him even more.

What was the most compelling was how my feelings about Abby changed after reading this book. Surprisingly, I liked her from start to finish. There was just something about seeing Abby through Travis's eyes made me connect with her. She felt sweeter, softer and more precious - almost worth his crazy, possessive and unwavering love and devotion. I really felt his growing need for her, what she represented to him and the extreme extent to which he cared for her. How his perspective and feelings towards the world at large changed as time progressed and he fell deeper for her. It was beautiful.

I think McGuire did an excellent job telling the same story from a male's perspective and making this story feel fresh. I prefer Walking Disaster to Beautiful Disaster, most definitely.

Dan Bittner's performance was stellar. I'm definitely convinced that his portrayal of Travis greatly influenced my preference of this book over the Beautiful Disaster (but I most definitely am not saying Emma Galvin did a bad job, because she's my favorite female narrator).

His quiet delivery of Travis made him more relatable - dare-I-say even down to earth? I don't know how to describe it exactly. I just felt that he understood Travis, the story and had a good understanding of how the story should be delivered. As another Travis would say (from the movie Clueless), "Two very enthusiastic thumbs up. Fine holiday fun."