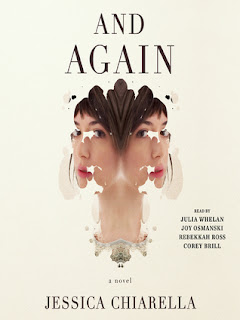 In the spirit of Station Eleven and The Age of Miracles, this exciting literary debut novel imagines the consequences when four ordinary individuals are granted a chance to continue their lives in genetically perfect versions of their former bodies.

Would you live your life differently if you were given a second chance? Hannah, David, Connie, and Linda—four terminally ill patients—have been selected for the SUBlife pilot program, which will grant them brand-new, genetically perfect bodies that are exact copies of their former selves—without a single imperfection. Blemishes, scars, freckles, and wrinkles have all disappeared, their fingerprints are different, their vision is impeccable, and most importantly, their illnesses have been cured.

But the fresh start they’ve been given is anything but perfect. Without their old bodies, their new physical identities have been lost. Hannah, an artistic prodigy, has to relearn how to hold a brush; David, a Congressman, grapples with his old habits; Connie, an actress whose stunning looks are restored after a protracted illness, tries to navigate an industry obsessed with physical beauty; and Linda, who spent eight years paralyzed after a car accident, now struggles to reconnect with a family that seems to have built a new life without her. As each tries to re-enter their previous lives and relationships they are faced with the question: how much of your identity rests not just in your mind, but in your heart, your body?

I did not like this book. It was a hard read, because I felt unsympathetic toward all of the characters. Since it's basically four character studies, I don't have much to say that's not me ranting... I get that everyone has their flaws and their issues, but they all were very selfish people. I found Linda to be a pretty awful person, but Hannah was the absolute worst. The subjects with families were awful to their simpering spouses and both of the subjects with children were atrocious parents. So much so that I didn't care if they got a happy ending or not.

Basically these people got a second chance with their lives and none seemed grateful. They all spent too much time reflecting on the past, pondering about the future and doing absolutely nothing in the present. There was absolutely no character development. The worse was Connie's act in the name of fame... she didn't value herself before, and still doesn't. Good for her?

Lastly, this book pretty much exemplifies why I do not read standalones. It didn't come to conclusions about SUBlife or what it truly meant be "born again". Did they deserve a second chance? Who knows—they did absolutely ZILCH with it.

So I wonder, what was the point?