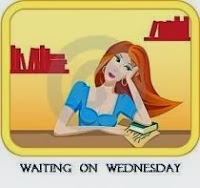 "Waiting On" Wednesday is a weekly event, hosted by Breaking the Spine, that spotlights eagerly-anticipated upcoming releases. Click the link to participate.

My Pick This Week: 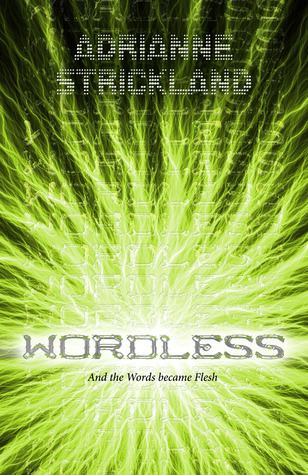 In Eden City, the Wordless, or illiterate poor, would never even dream of meeting one of the all-powerful Words who run the city-state. Much less of running away with one.

When a drop-dead gorgeous girl literally falls in his lap during his routine trash run, seventeen-year-old Tavin Barnes isn’t sure if it’s the luckiest day of his life, or the beginning of the worst. Because Khaya is also the Word of Life, meaning that she could either heal a wound with a touch or command an ivy bush to devour a city block, depending on her mood.

By helping Khaya escape the seemingly idyllic confines of Eden City into Europe beyond, Tavin unwittingly throws himself into the heart of a conflict that is threatening to tear the city apart… if not the world. Eden City’s elite will stop at nothing to protect the shocking secret Khaya hides, and enlists the help of the other Words, each with their own frightening powers—like the ability to spark a fire, raise a flood, or kill with a touch—to bring her back.

To survive, Tavin must confront the mysteries of his past… and risk sacrificing what he cares about most.

Words are powerful. We definitely know that as bloggers. Combine words with superpowers and I'm all in! This premise sounds pretty unique to me, and I'm more than intrigued.

Email ThisBlogThis!Share to TwitterShare to FacebookShare to Pinterest
Labels: Dystopian, YA